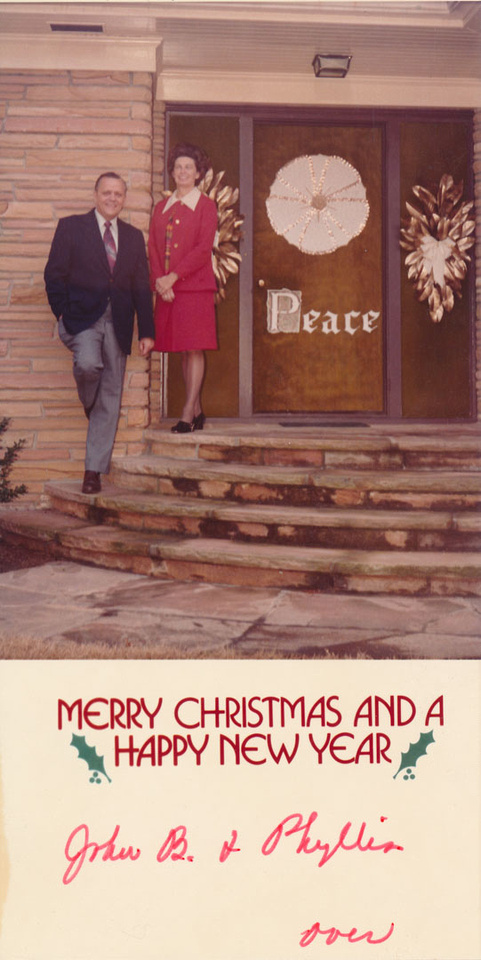 Back in My Day…
The ongoing discoveries as Jason goes through old family photos my mother and grandmother saved.
THE FAMILY DOCTOR 1974
Does this happen these days? This is a Christmas card from our family Dr. in 1973. I may have even made the photograph though I don’t remember now. On the back of thecard his wife is thanking my parents for all of the garden vegetables given to them during the year. My mother gave all of her doctors a refrigerator fruit cake for Christmas. It was delicious, I need to find the recipe. This is the same Doctor/Surgeon who birthed me and took out my tonsils, and I “think” may have even performed the Mastectomy on my grandmother. He was the only surgeon in the county. Today to my knowledge, we don’t even have a surgeon at all. (I know we have a visiting one before someone corrects me.) He wanted to birth Chastity but her mother got pissed off at him for a comment he allegedly, made and refused to go to him. You may have seen photos of me at age three in my doctor costume. When I had my tonsils out, Dr. Oneal showed me everything in the operating room and what it did before he put me under. His wife was the Anesthetist I think. Back then you had to spend the night in hospital to recover. I had ice cream and my father bought me a toy toaster from the Pharmacy across the street from the hospital. When I was a teen, the Dr. told my parents he would pay for me to go to medical school if I would come back to Elberton to practice. Another life – another time.